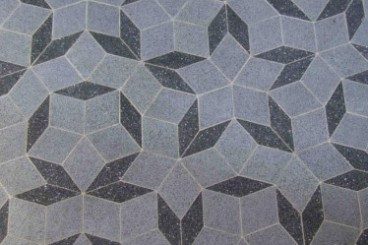 Attempting to tile a plane with regular pentagons must necessarily leave gaps. Roger Penrose found a particular tiling in which the gaps may be filled with three other shapes: a star, a boat, and a diamond. In addition to the tiles, Penrose stated rules, usually called matching rules, that specify how tiles must be attached to one another; these rules are needed to ensure that the tilings are nonperiodic. There are three distinct sets of matching rules for pentagonal tiles, shown in different colors in the illustration. This leads to a set of six tiles: a thin rhombus or “diamond”, a five pointed star, a “boat” and three pentagons. 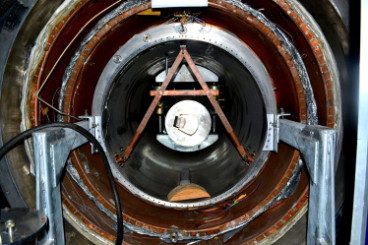 The search for gravitational waves began in the 1990s and this detector, Niobe, was one of 5 set up around the world as part of that search. It came into operation in 1993 after 16 years, 12 PhD projects and several million dollars to build. This worldwide experiment set limits to the strength of gravitational waves and paved the way for the next generation of detectors.

Gravitational waves are ripples in the curvature of spacetime that mark the beginning of time in the Big Bang and the end of time at the birth of black holes. 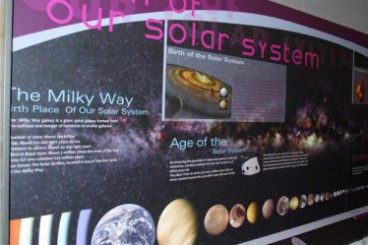 The amazing Timeline of the Universe in the Cosmology Gallery tells the story of the creation of our Universe – from the Big Bang right through to the present. It shows all the different stages of development and evolution of our planet Earth. There are some amazing stories on the Timeline, as well as real fossils to look at. The Timeline asks us to consider some very big questions regarding us and the Universe we live in, such as “Are we really made of Stardust?”.

The World At Night